Using historical 3D data from NASA’s Chandra X-ray observatory, The Life of Stars connects us with the extraordinary story of stellar evolution through an experience that transcends time and space. 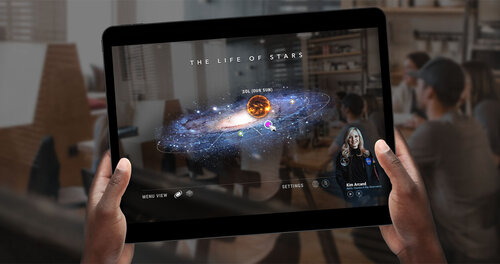 We Are Star Stuff

Life Of Stars is the story of us, shared in a series of episodic releases and told through the lens of the stars we explore and the Universe in which we live. “We are star stuff,” as Carl Sagan said in his landmark series Cosmos, “We are a way for the universe to know itself.” 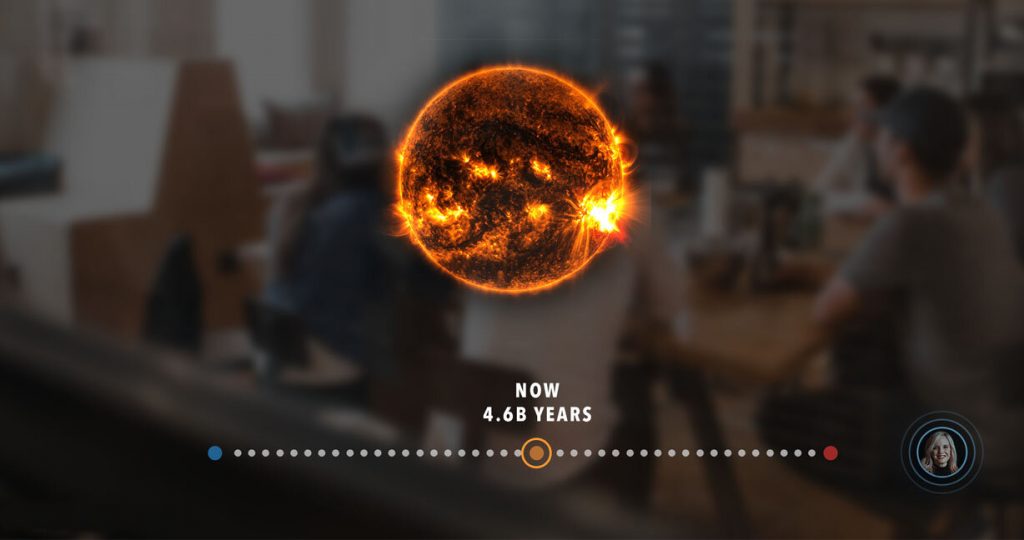 First Of Its Kind

Our application includes a library of individual and unique story-driven explorations, with the choice of a self-guided tour or one hosted by a hologram of our host, Dr. Kim Arcand.

This will include an interactive sliding stellar timeline allowing the viewer to witness the entire evolution of a star, over billions of years, for the very first time in XR – from a giant cloud of dust and gas to a white dwarf, a neutron star, or a black hole.

In order to do this, we are using Unreal Engine to create a procedural system that allows us to categorically plug in data, configure the appropriate physics and visual parameters, and generate a dynamic, physically based rendering (PBR)-based animation that spans the lifetime of the celestial object. 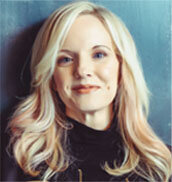 Dr. Kim Arcand is the Visualization Lead for NASA’s Chandra X-ray Observatory, which has its headquarters at the Smithsonian Astrophysical Observatory in Cambridge, Massachusetts. Kim has led numerous public science initiatives bringing astronomy, physics, optics, photonics, and planetary science to non-traditional spaces reaching an audience of millions since 2009. 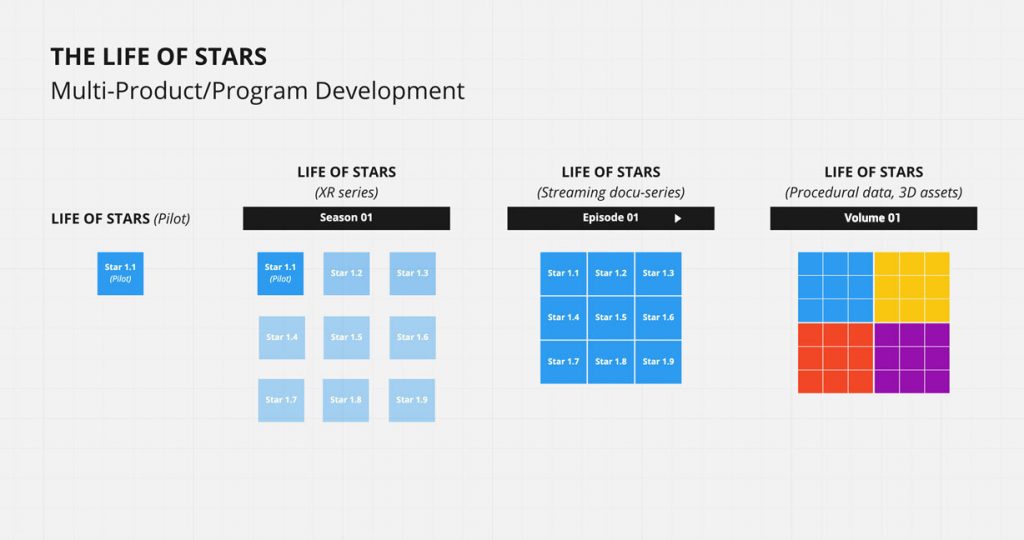 An Interstellar Atlas For Future Explorers

Life Of Stars is produced to be shareable and widely shared both in formal outputs and through the research and development aspect of creating such an architecture. Our NASA 3D assets, which are public domain, will be applied in this app through principles of universal design to help serve, benefit, and include members of a number of underserved communities in emerging technologies, including those who are blind, visually impaired, or low vision.

The Life of Stars vision is to benefit the EdTech community, particularly in museums, science centers, libraries, planetariums, schools, universities, and beyond. We have had positive discussions with NASA’s Museum Alliance to help respond the the needs of such communities. The NASA data assets and procedural star generator developed in the Unreal Engine pipeline will be made available as public domain assets for the community and shared as a free download in the Unreal Engine Marketplace.

Built In Partnership With 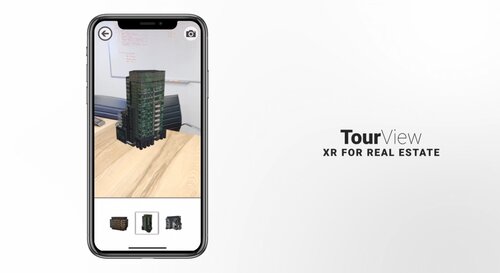 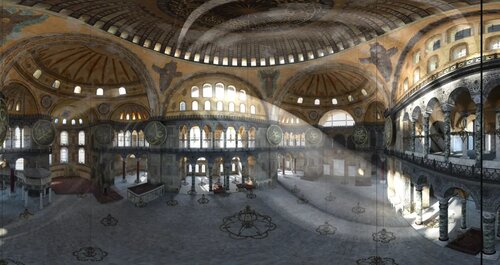 We craft immersive experiences and real world strategies to help organizations achieve their goals for the future.